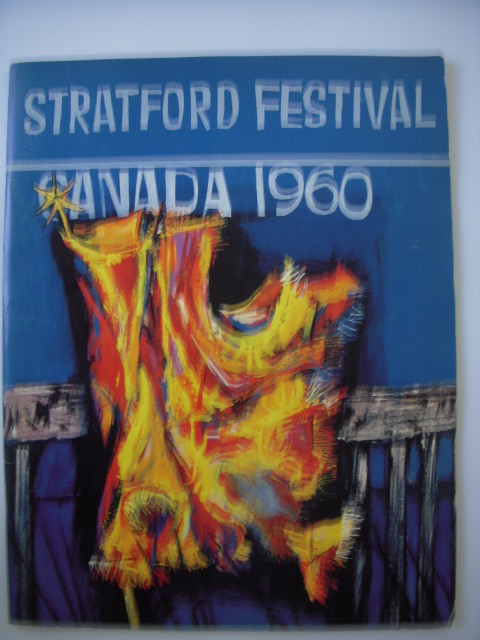 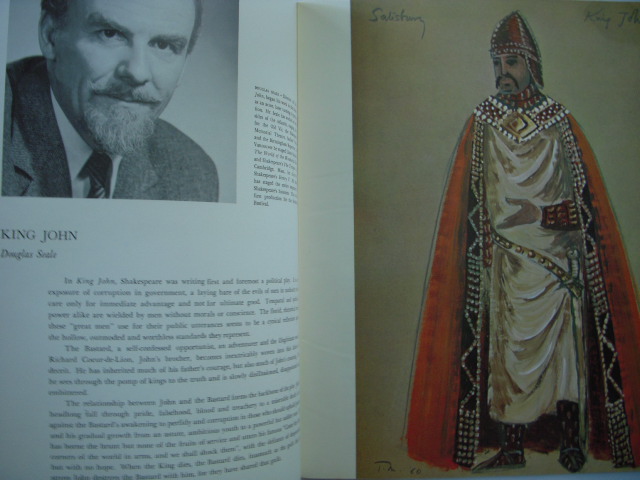 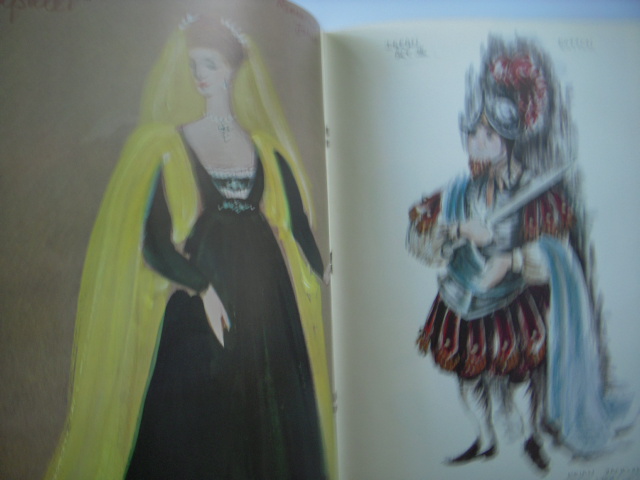 Beautiful program from Canada's 1960 Stratford Shakesperean Festival. Clean and colorful with beautiful color art depicting costuming and plentiful black and white photos. It's clean as a whistle inside and out and measures 8-1/2"x 11". Other than a tiny crease to lower front corner and some rubbing to color at back, it's without fault. The plays that year were King John, A Midsummer Night's Dream and Romeo and Juliet. Fun to find that Julie Harris played Blanche in King John and Chrstopher Plummer Mercutio in Romeo and Juliet. Please note that they are depicted in different roles than those in which they were cast for the festival.In addition to Shakespeare, audiences enjoyed a production of H.M.S. Pinafore; the sweet strains of the National Festival Orchestra; a film festival featuring "Sons and Lovers", based on the D.H, Lawrence novel of the same title, and "Hiroshima Mon Amour." There was also an exhibit of Western Canadian Indian art. Nice piece of theatre ephemera. 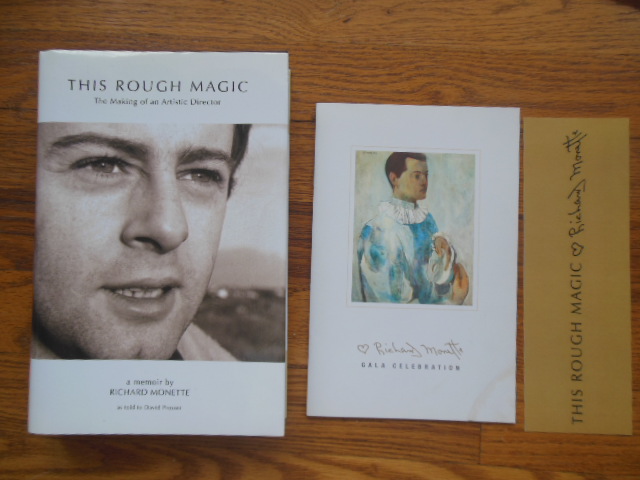 This Rough Magic; The Making of an Artistic Director (Booklet and Matching Bookmark Laid-in) 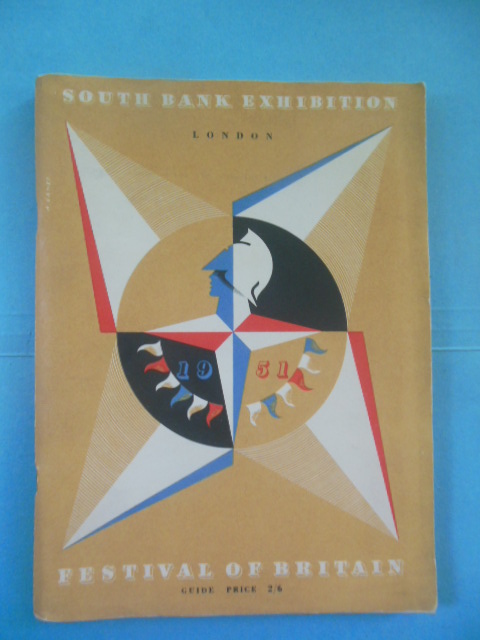 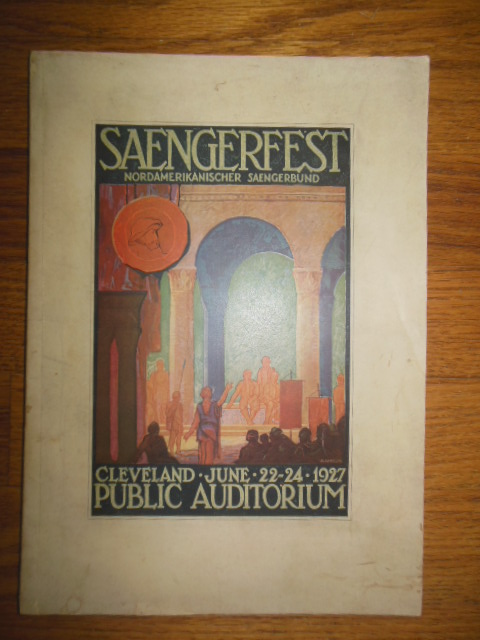 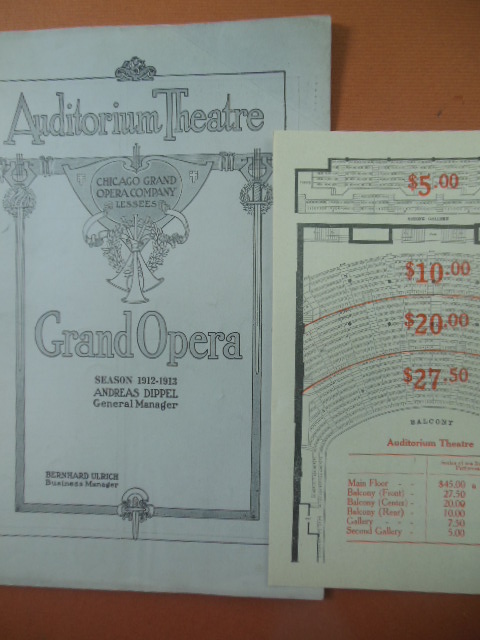