Nice program with comic cover design in purple, orange, white and black. Measures 8"x10-1/2". Only faults are vertical crease down the center from having been folded and a shadow from old price sticker to upper left corner at front. A fun program given the game's quirky history. For years Illinois and Northwestern played for the chance to win an old fire bell. But this year they not only had a new trophy, but a contest to name it. The wooden Indian was dubbed Sweet Sioux and was captured by Northwestern in a 13-7 game. Northwestern proudly displayed it in a case in their Patten Gym, but not for long. By the next face-off Sweet Sioux had been stolen. Eventually in 1947 it was replaced with a tomahawk, but Acacia, the fraternity which had donated it originally, somehow recoverd it and kept it at the frat house until 1985 when it was thought to have been lost in a fire. Great photos of the players of both teams, the cheerleaders (long skirts!) and much history and vintage advertising. Unpaginated. 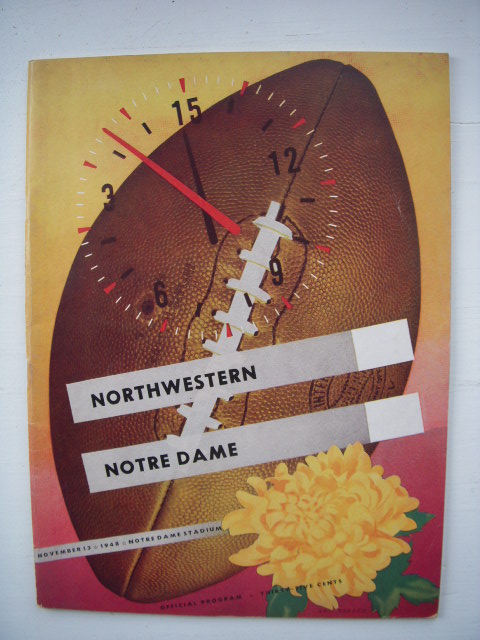 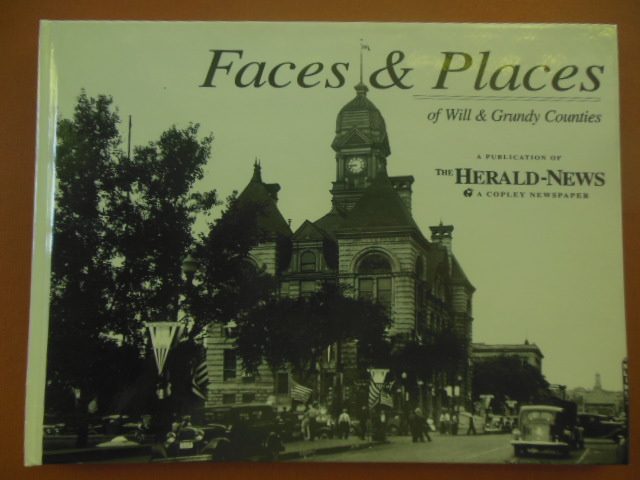 Faces & Places of Will and Grundy Counties (Illinois)