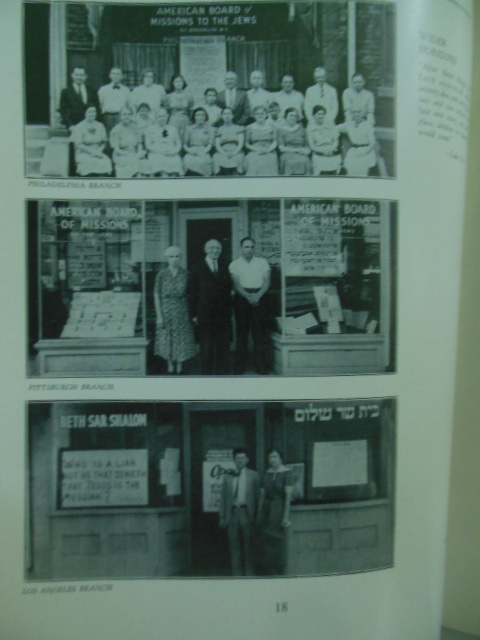 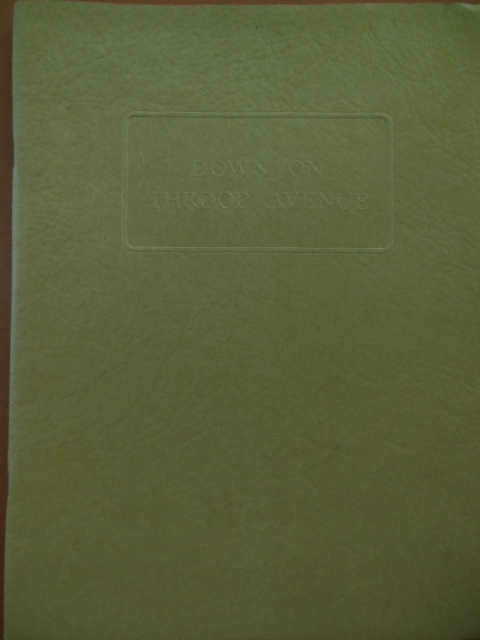 Down on Throop Avenue

Very scarce oversized booklet, quality printed on coated paper with many photographs. Plain khaki colored cover with embossed title. Clean as a whistle inside and out. Measures 9"x11-1/2" and has 38 pages. No date, but it's clearly from the late 1930's to the 40's, as that's when the The American Board of Missions to the Jews was the largest Christian mission proselytizing to Jews in America. They were set up on Throop Avenue in Brooklyn (though also had sattelite agencies in other states) due to the enormous Jewish population and the regular arrivals of Jewish refugees. Booklet explains their mission and their services. The founder was Leopold Cohn who died in 1937.

Title: Down on Throop Avenue

Publisher: Brooklyn, New York, American Board of Missions to the Jews Inc.:

The Jews of England; A Potrait of Anglo-Jewry Through Original Sources and Illustrations

By: Romain, Jonathan A.

Down on Throop Avenue