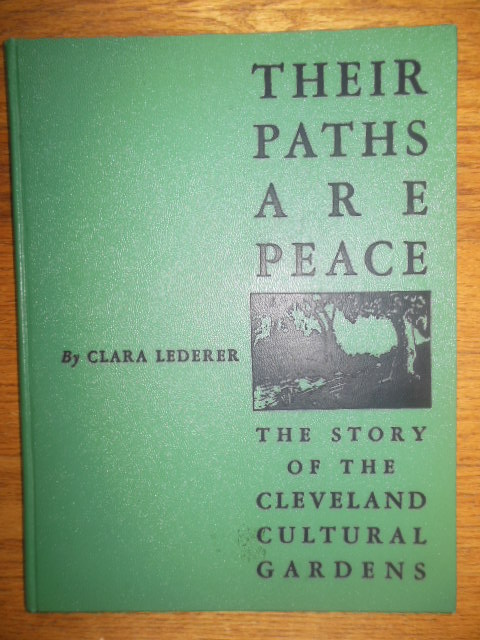 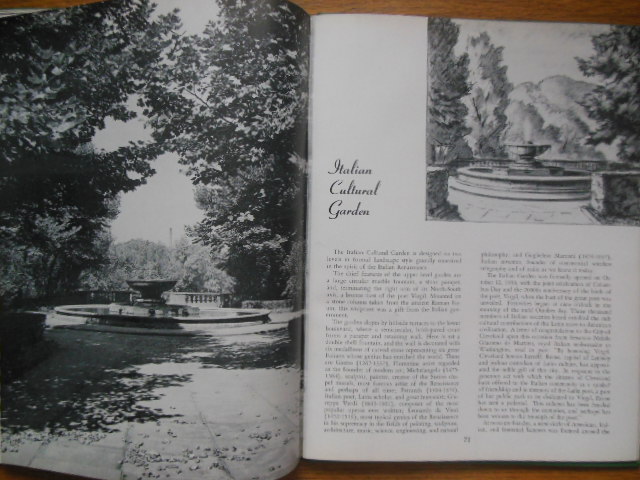 Their Paths Are Peace; The Story of the Cleveland Cultural Gardens

Very nice clean book which tells the story of one of Cleveland's most beautiful landmarks. Book is oversized at 9"x11" and in lovely, clean condition with no bumps or wear to green boards.Gift inscription on front free endpaper is dated 1957. Attractive lighter green endpapers diagram the layout of the gardens. The book is lavishly illustrated in black and white with both vintage photographs and artists' renderings. There is also ample text with a chapter devoted to each garden, amongst which are Lithuanian, Greek, Hebrew, German, Italian, Irish, Yugoslavian, Czech, Polish, Hungarian, Slovak, Rusin, and Ukrainian. The Cleveland Cultural Gardens located in Rockefeller Park began in 1916 with the creation of the Shakespeare Garden to mark the 300th anniversary of the death of the Bard. But really the idea didn't flower until a full decade later when a small group of civic leaders pushed for a lasting testament to unity and peace as evidenced by Cleveland's own immigrant population. Soils from all over the world were comingled as a symbol of this and the gardens took off, each in their own unique way. There is even an American garden, replete with busts of Lincoln, Artemus Ward, and Mark Twain. Book features a photo of Twain's daughter, Clara, after she laid a wreath at her father's likeness in 1938.

Title: Their Paths Are Peace; The Story of the Cleveland Cultural Gardens 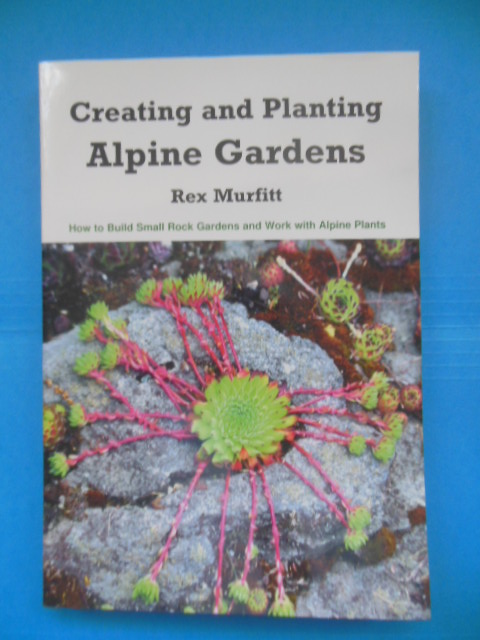 Creating And Planting Alpine Gardens: How To Build Small Rock Gardens And Work With Alpine Plants 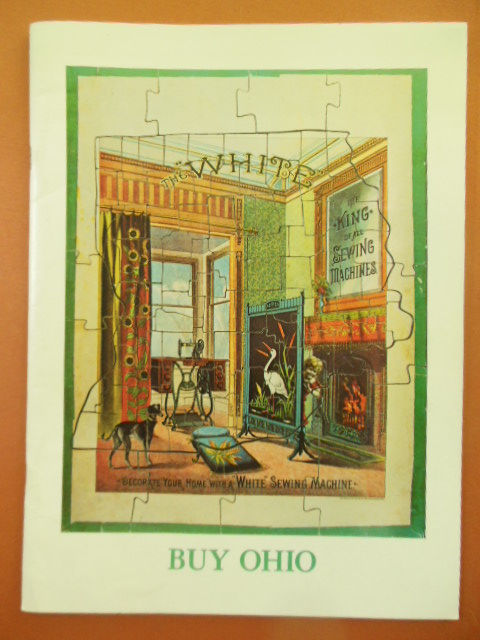 Buy Ohio; Advertising the Products of Cleveland and Ohio 1840-1940 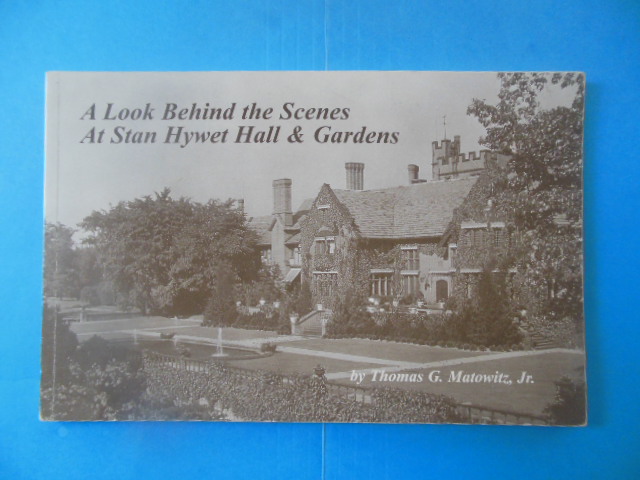 Their Paths Are Peace; The Story of the Cleveland Cultural Gardens