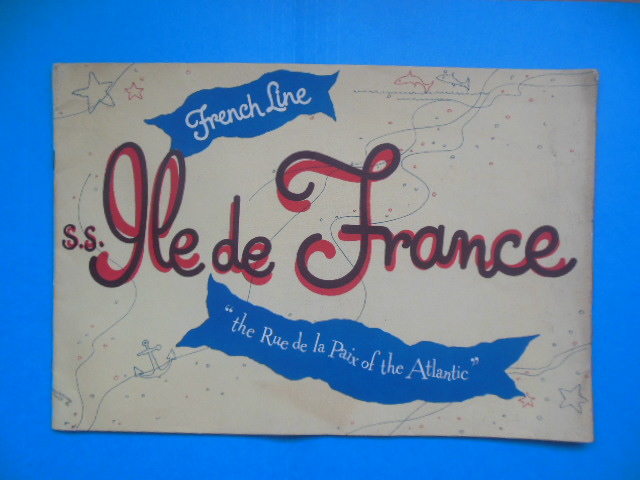 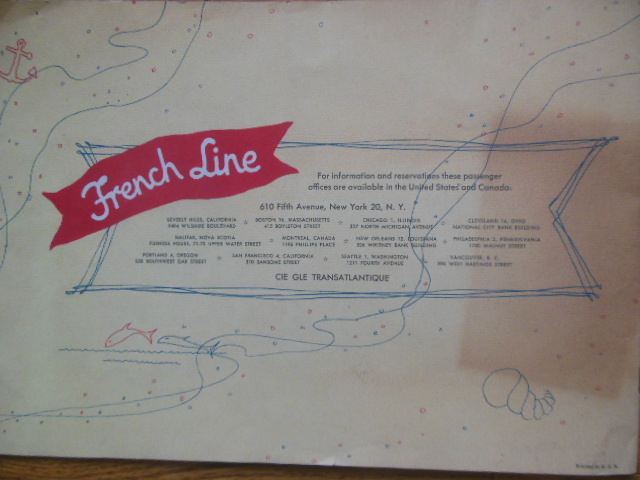 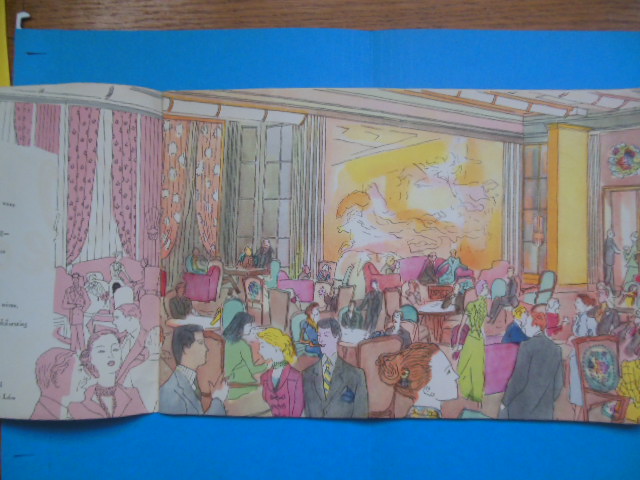 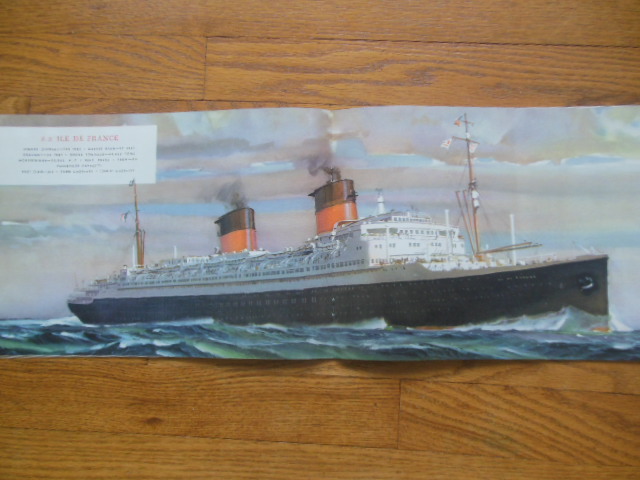 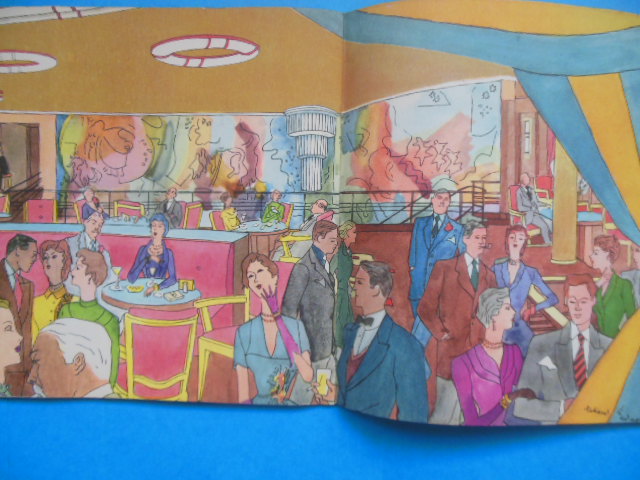 Tres bien! This French ship booklet is a thing of beauty, not often seen. The booklet is big at 8" tall and 12" wide and shows off its beauty in 18 counted pages. There are black and white photographs galore, but the real eye catchers are the paintings, especially the double spread of the smoking room rendered by Richard Lindner. There's also a spread showing the exterior of the rebuilt ship. The S.S. Ile de France launched originally in 1927, but was turned into a ship for troops in 1941. It wasn't until 1949 that she was launched again, rebuilt and decorated by the finest designers. The booklet shows the Grand Salon, first class suites and cabins, the Cafe de Paris, the first class and cabin class dining room and children's dining room, the smoking room, the reading room, the gym, and more. Booklet is clean and tightly bound. There is a light vertical crease but I have ironed it flat and put it in the book press.The only other fault is a rectangular browned area at back cover ( see photo) and at last two pages from something lying against them. Overall this is a very nice collectible. 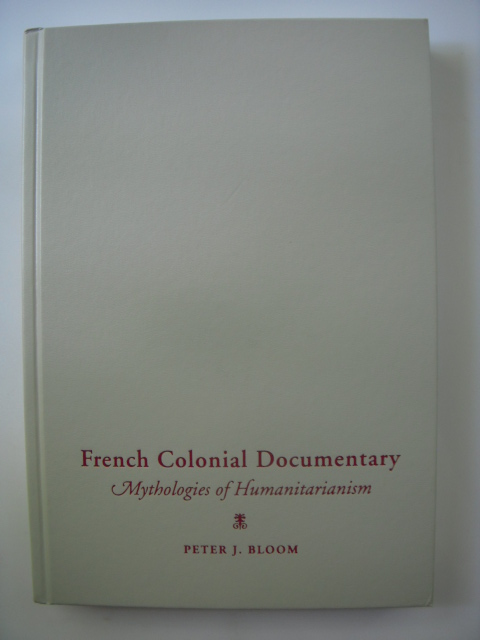 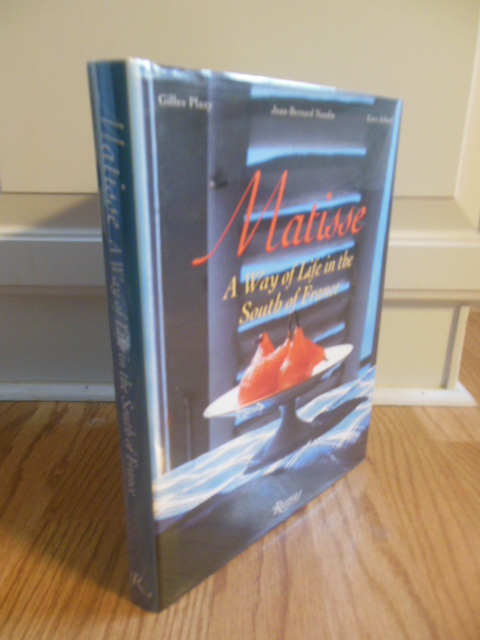 Matisse: A Way of Life in the South of France 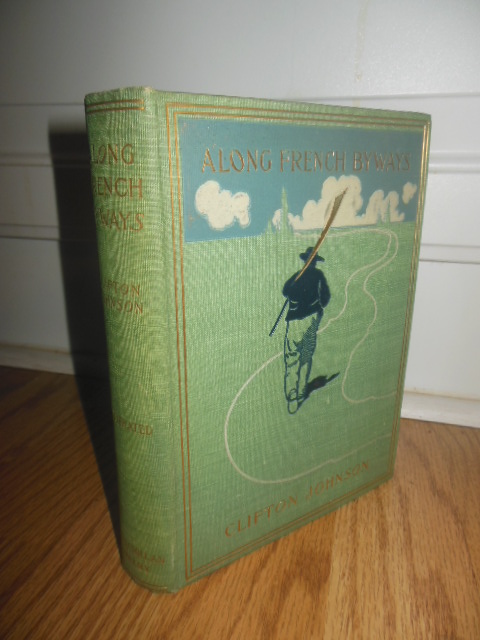 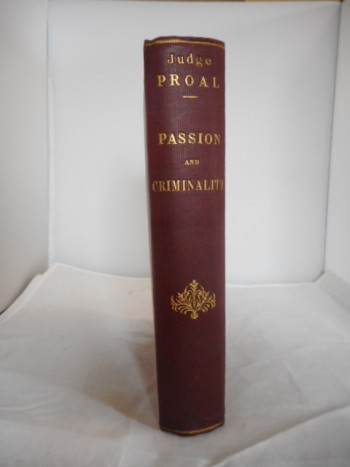 PASSION AND CRIMINALITY IN FRANCE