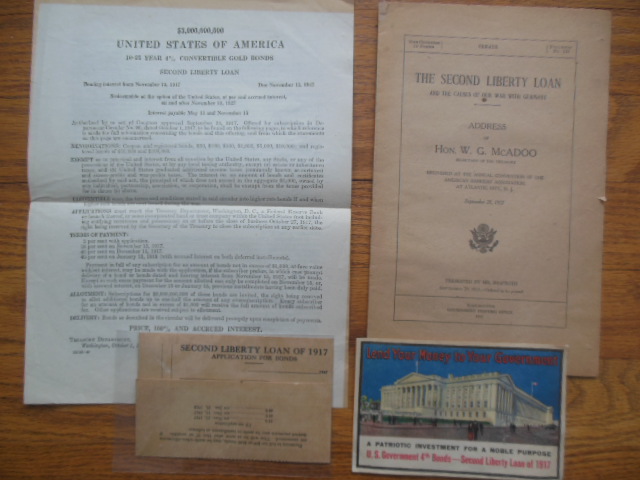 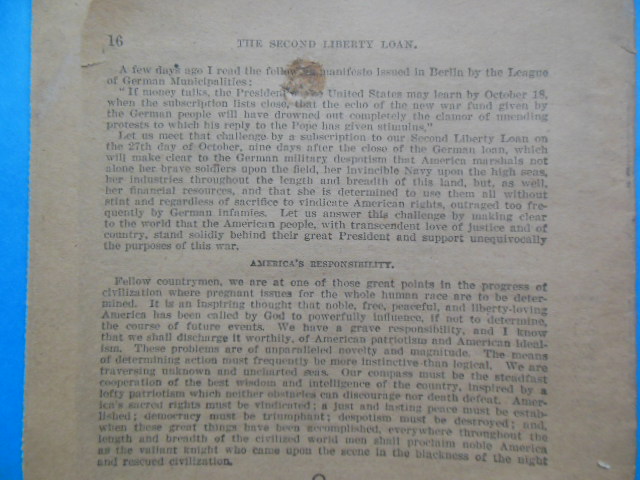 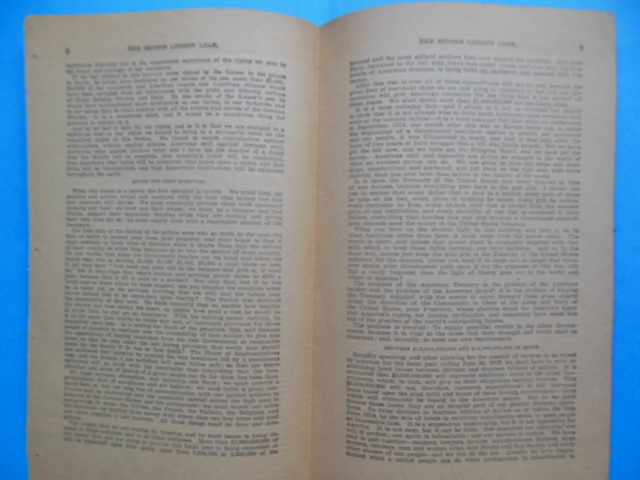 There were many items published to convince citizens to buy Second Liberty Bonds to finance WWI. I have one advertising piece here in color which is graphically appealing. The other three items are plain janes, but they're also the nuts and bolts that got the job done. First off we have a booklet titled "The Second Liberty Loan and the Causes of Our War with Germany" given as a speech by the Honorable W. G. McAdoo which was delivered at the annual convention of the American Bankers' Association in Atlantic City on September 20, 1917. McAdoo was Woodrow Wilson's Secretary of the Treasury and it was up to him to explain how the idea worked as a partial investment combined with taxes. The three billion dollar offer was open for only six weeks and was done by November 15, 1917. The booklet contains 16 seriously dense pages. In addition to that is a larger four page explanation of all the ins and outs for those who wanted in. It shows one small circular stain to last page. The third item is the application to invest. The application had once been pasted in a scrapbook, but I was able to remove the adhered paper leaving just a few small stains from the glue. The whole is not commonly found. (BUS.) 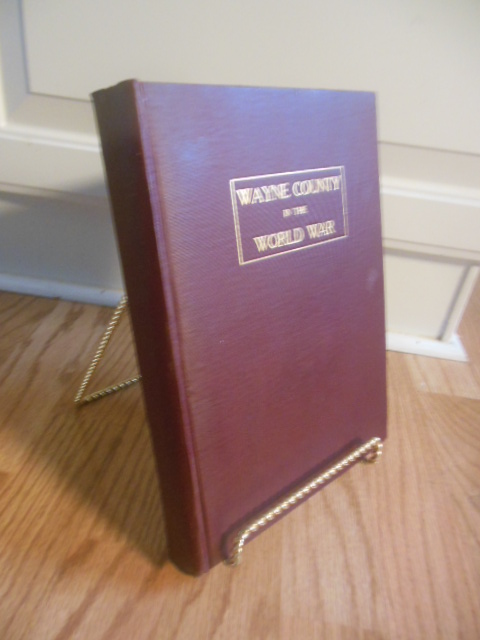 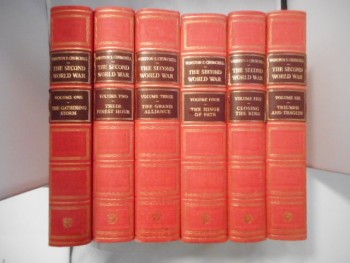