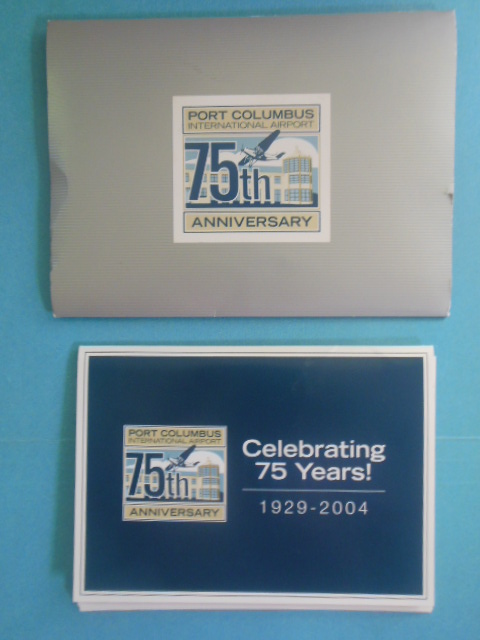 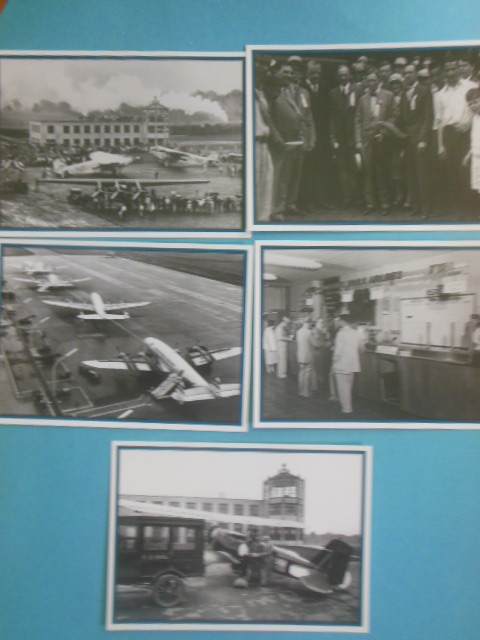 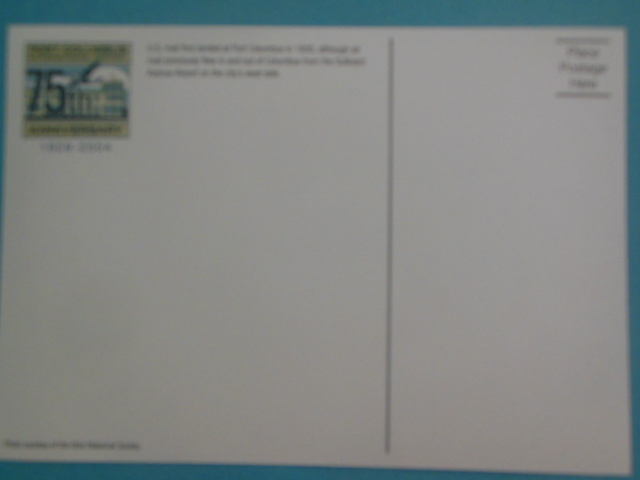 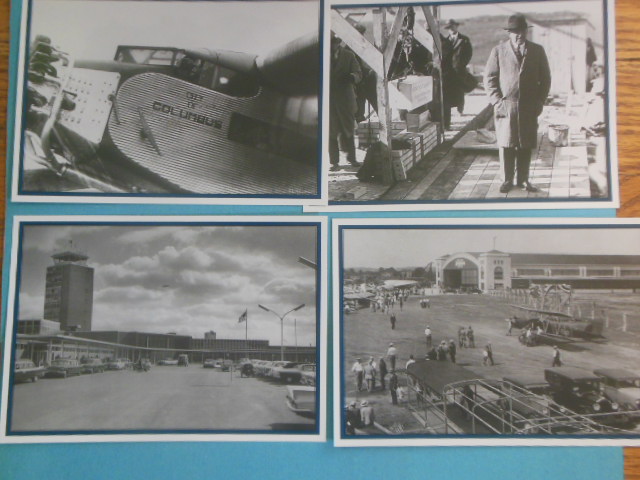 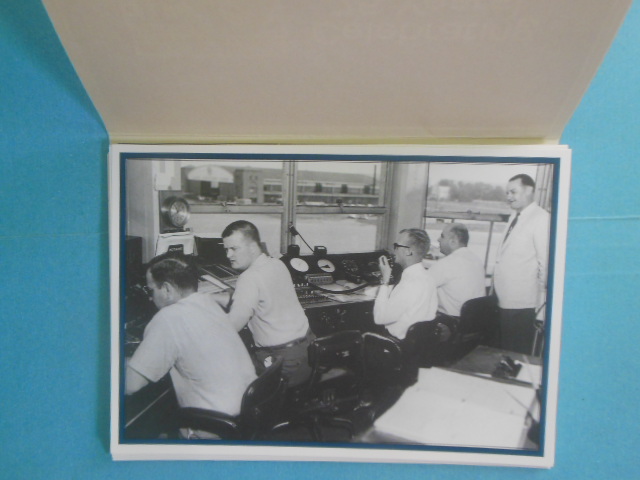 I haven't been aware of this postcard set, but I knew a good thing when I found it! There are ten postcards printed with black and white photographs and a blue "frame" on each. The cards are a tad larger than usual, measuring 4-1/2" x 6". All are crisp and clean with no writing or postal stampings. Port Columbus opened on July 8, 1929 with Henry Ford, Harvey Firestone and Edsel Ford in the audience.The folders (there are two) are crisp and clean also, but there is a tiny tear to the right side of the main folder. I used a very tiny piece of archival tape on the reverse side and all is well. A very nice souvenir. 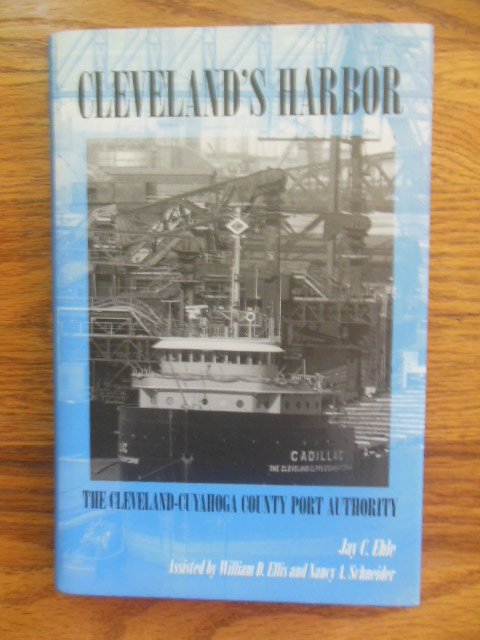 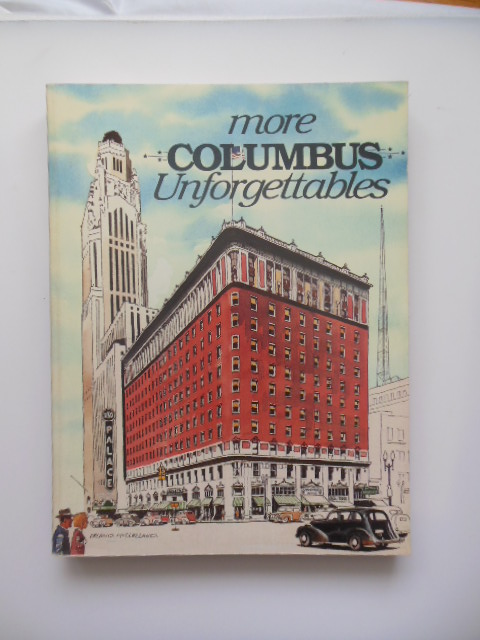