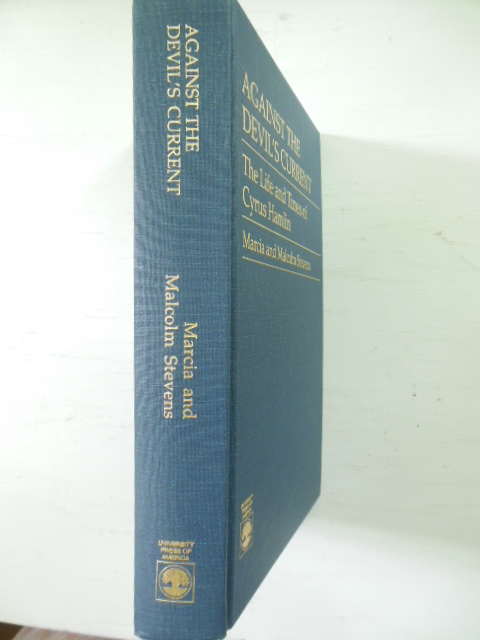 Against the Devil's Current; The Life and Times of Cyrus Hamlin

By: Stevens, Marcia and Malcolm

Very nice clean book with no names or writing, no bumps to boards and pristine pages and page edges. Illustrated throughout text. Not too common. Cyrus Hamlin was a Congatioanl minister who signed on as a missionary and went to Turkey in 1839. Later, he founded a college in 1860 in Instanbul. When he finally returned to the U.S. he held several academic jobs, but his significant decision to admit women to Middlebury College in Vermont, in the 1880's was a choice which paid off for the school later. Book has 504 pages and is indexed.
View More...